Ok, first of all, what the ever loving fuck?
Go read that. I’ll wait.

So… millennials aren’t eating cereal because it’s too much work to wash a spoon and bowl? They’d rather just eat a pre-packaged granola bar or something? Bizarre. And probably indicative of a whole host of dietary problems in Americans. As I say that sitting here on my high horse enthusiastically contributing to a blog about eating marshmallows for breakfast.

But man, between this and the fact that Saturday Morning cartoons have not really been a thing for like a decade at this point… that’s a strange cultural shift, huh? There’s an entire chunk of our American folkways that have disappeared. I suppose this happens to most people as they get older, but damn, you kids will never know the simple pleasures of eating an overflowing bowl of Corn Pops after getting up at some ungodly hour on a Saturday morning in a desperate hope to catch an episode of The Herculoids on some UHF channel. Which is fine, I guess. Eat your Nutri-grain bar while sitting in front of whatever bombastically ironic thing Adult Swim is throwing at your eyeballs. And get off my lawn.

In other news, have you seen this? 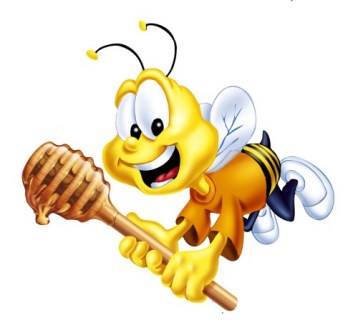 Yes, that’s right, the guy who created the Honey Nut Cheerios Bee mostly makes his living by drawing nudie cartoons for Playboy. Did you know that Honey Nut Cheerios is the top selling cereal in the U.S.? And that while it used to contain almonds, it hasn’t actually had any nuts in it since 2006? Just natural flavor? That’s weird.

But seriously? Best selling cereal? I mean, it’s fine I guess, and I wouldn’t turn down a bowl if I were say, crashing at a friend’s house, but I can’t remember the last time I made a conscious choice to have some available.

Holy crap these things are amazing. They have the best freakin’ texture. I can’t stop eating them. In a bowl, or straight out of the box… munch munch munch munch.
Four different varieties, all of them equally good: Cinnamon, Honey Nut, Brown Sugar, and Golden Maple.

And let me tell you something? Any Cinnamon Life fans out there? Try the Cinnamon Oatmeal Squares. They’ll change your life. You’ll never eat Life again. Fuck Little Mikey.